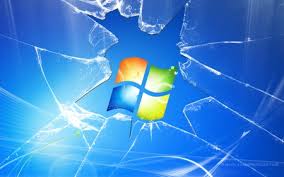 The Latest Windows Update Flawed majorly when the current Windows update broke PCs when certain antivirus programs were installed. This malfunction affects PCs running Windows 7, 8.1, Server 2008 R2, Server 2012, and Server 2012 R2. Luckily it is not Windows 10 this time but the good ole antivirus is at fault.

Now, this time, it is not too technical to explain and lets keep it simple. The problem persists when the Window’s Update is installed, the affected computers seem fine until prompted to log in. Then all of a sudden, you won’t be able to log into Windows. Even some users have reported that they can log in to their computer and Windows, but the process takes ten or more hours.

It is important to note that this problem affects PCs with Sophos, Avira, ArcaBit, Avast, and McAfee antivirus software. At this point, Microsoft is currently blocking the update for these specific anti-virus softwares. The good new is that even some antivirus vendors have published updates for the current problem.

If you would like more information on this issue, Microsoft provides specific details to these known issues on its website.

At this point, it is also great to mention that not all antivirus software was affected with the Windows Update. For instance, Windows Defender (Microsoft Security Essentials — Windows 7) and Malwarebytes are not experiencing any problems with this update at this point.

For our recommendation, we highly recommend if you have the affected antivirus on your systems to change them immediately.

Hacks of the Month —March