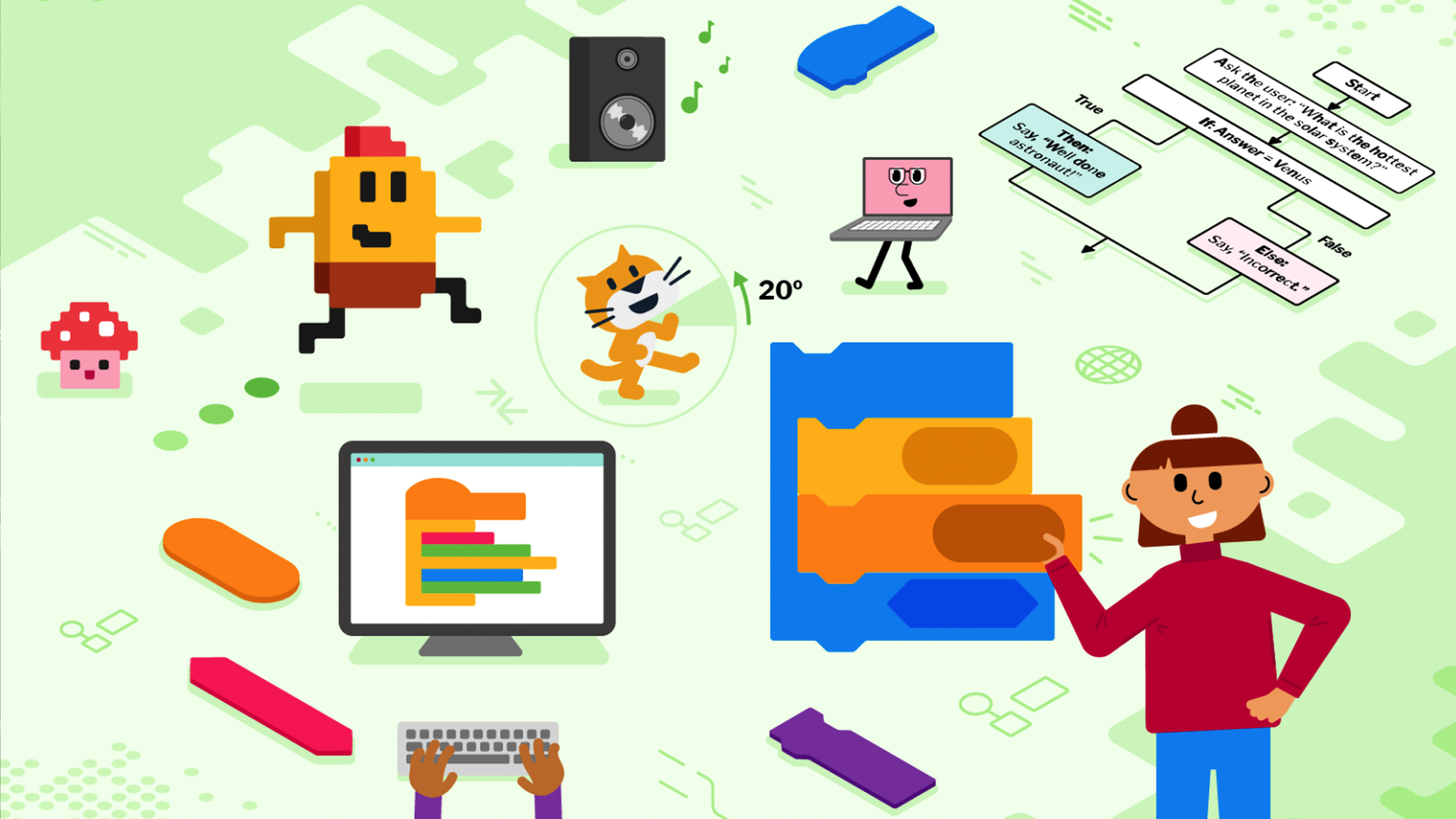 Learning to code can help you express yourself, build a business, or educate young people. That’s why the Pi Foundation just launched its Intro to Programming with Scratch course, a series of free lessons that teach you the fundamentals of coding using Scratch’s drag-and-drop interface.

Coding in Scratch is relatively easy. Instead of memorizing and writing commands, you snap blocks together to control on-screen content, such as images, character sprites, and tables. Still, Scratch teaches you basic concepts that apply to all programming languages—it’s a genuinely valuable starting point for beginners.

By the time you finish the Pi Foundation’s Scratch course (which doesn’t require a Raspberry Pi computer, by the way), you’ll have some basic programs under your belt, including one that lets you interact with a character through your webcam. The course will also teach you to write a custom Scratch “block,” a skill that will help you transition to more traditional coding languages.

The free coding course opens February 14th, though you can pre-register now. You’ll have four weeks of free access to the course after signing up, which should be more than enough time to complete it and move on to other Scratch courses.