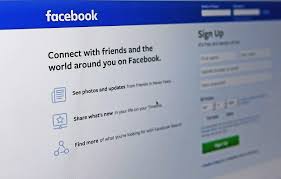 Facebook announced they fixed a bug that their platform mistakenly kept a copy of passwords of many of its users. Furthermore, the passwords were stored in plain text and were visible to Facebook employees.

Facebook announced earlier, “We estimate that we will notify hundreds of millions of Facebook Lite users, tens of millions of other Facebook users, and tens of thousands of Instagram users.” This is a statement directly from Pedro Canahuati, Facebook’s Vice President for Engineering, Security, and Privacy.

According to Facebook, there’s no evidence that the plain text passwords were exposed outside the company. Facebook even went as far to mention that there was no abuse internally. The social media giant further stated that “we suggest there is no evidence to the contrary.” As a result, Facebook will notify all users affected by the bug, but won’t require them to change their passwords. Not too sure if this is sound advice but who knows.

Our recommendation is changing your Facebook password immediately! Remember, this is the latest in a string of bad security issues for Facebook. So again, we remind you to be careful of what you post online for your own security.

Hacks of the Month — February

Hacks of the Month —March