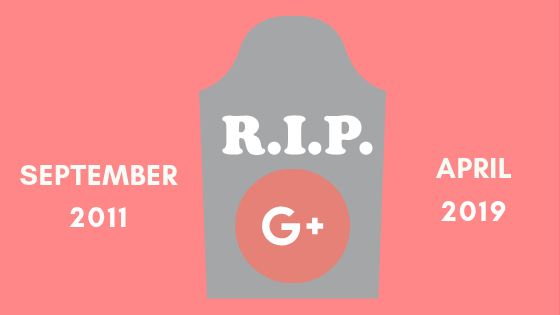 I hate to say it but its the end for the Google Plus social media platform. The social networking site from Google meant to compete with Facebook didn’t quite take off as expected. Further down the road, this prompted a shutdown of the social media network. The shutdown was then pushed ahead of schedule after two security incidents found by Google. For the users still using the social media network say goodbye to the 7 year-old and consider exporting or download your data.

Security breaches with Google Plus

The first leak was found in October which exposed 500,000 users account information for over a three year period. The data exposed contained names, email addresses, and occupations. At that time Google announced it would shut down Google Plus in August 2019. Recently another security bug exposed 52.5 million users information. The new leaked information is quite similar to the first one (names, email addresses, occupations) and ages between November 7th through November 13. Google resolved the second security bug in 6 days, though it will now pull the plug for Google+ four months earlier than previously planned (from August 2019 to April 2019).

The second breach on Google plus was related to it’s APIs which allowed developers to access user’s private profiles. Does this sound familiar? If you remembered Facebook also encountered a similar situation earlier in the year which prompted the congressional hearing CEO Mark Zucherberg attended. Now it’s Google’s CEO Sundar Pichai’s turn with a congressional hearing date set for December 11, 2018.

This breaking news is among other recent companies data security breaches. It’s becoming more apparent just how vulnerable our information has become as more of our data is stored by companies for reporting and marketing purposes.

For businesses still using the social network and need direction for their digital marketing read our blog.

You can find more on the companies news blog here.

google plus Google Plus is shutting down

Hacks of the Month —November